The LCR Team (Lucio Cecchinello Racing) was born in 1996 when Lucio decided to establish his own Team following the footsteps of other racing champions who successfully done the same thing. Simply starting with two mechanics and one van, over the years the LCR Team continued to grow turning into a complex and highly organized structure. After nine years in 125cc class, five years in 250cc class LCR is actually competing in the MotoGP class (since 2006) with two riders and 46 highly qualified collaborators coming from 13 different countries.

The LCR Team lined up with the most talented riders of the international field such as Nobby Ueda, Alex De Angelis, Mattia Pasini, Randy De Puniet, Roberto Locatelli, Carlos Checa, Casey Stoner, Stefan Bradl, Jack Miller, Cal Crutchlow and many others with a total of 622 races held in the three different categories (up to 2018 season).

82 podiums, 24 victories, 2 “Rookie of the Year”, 1 Runner-Up Award and the Best Independent Team Rider awards are the maximum expression of the daily work conducted by Lucio and the Team members during more than 20 years of racing competitions. From the 2019 season LCR has started to compete as well in the FIM MotoE World Cup (electric bikes championship). 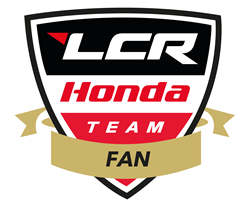